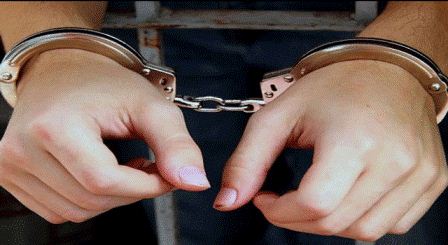 15.09.2021: The Directorate General of GST Intelligence (DGGI) Gurugram, Haryana has arrests, 3 persons in connection with GST fraud. The arrest includes CA on charges of creating and operating multiple fictitious firms on forged documents. It is also alledged that they passed large amounts of fake input tax credit by way of issuance of invoices without any actual receipt or supply of goods or services.

On the basis of the investigation conducted to date, it has been established that one of the arrested persons has created at least 13 firms. Also, it involved in availing and passing on of a total fraudulent ITC of Rs 121 crore.

Further, it is also known that the person who had created the fake/dummy firms worked in tandem with a commission agent, who used to sell these goodless invoices to established firms for commission, both directly and through different brokers. Therefore, the commission agent has also been arrested.

In the entire chain from the financial movement, it has emerged that established firms (end-users) would make transfers to these fake firms. Thereafter, the amounts would then be transferred to the account of a private limited company from where the CA in question would withdraw and return the said amount in cash after deducting the commission of his company as well as his own commission. Therefore, the amounts of cash transactions ranged around Rs 30-40 lakh per day.

Now the investigation has spanned multiple locations and based on verifications, evidence, and statements recorded, it has appeared that these three persons i.e. the creator of the fake firms, commission agent and the CA were operating in tandem orchestrating this racket of making fake firms on forged documents and having passed on fraudulent ITC amounting to Rs 121 crore (so far).

Accordingly, they are now arrested under the provisions of Section 69 read with Section 132 of the CGST Act, 2017 on 13.09.2021, and produced before CMM, Delhi, who ordered 14 days judicial custody. Further investigations into this GST fraud are in progress.

09.03.2021: The DGGI Gurugram Delhi, officials arrest 2 men for defrauding exchequer of more than Rs 690 crore. The officials were able to arrest two gang members involved in a fake invoicing syndicate. This is in regard to the issuance of fake GST invoices in excess of Rs 4,800 crore.

Further, the entire GST fake invoicing plan was done by using various high-tech apps and messaging services. Thus, on the basis of evidence and statements recorded, hundreds of fake firms have been created by these persons.

On the other hand, the documents which were used for creating such fake firms include PAN and Aadhar cards of unknown persons whose data have been procured by a separate syndicate.

Therefore, the arrests of the accused were made on 08.03.2021 and produced before the Duty MM. Further, they have been remanded for 14 days of judicial custody.

01.03.2021: The DGGI Gurugram officials arrest 1 man for defrauding exchequer in excess of ₹ 13.76 crores. The person is a director of an M/s PSR Metals Pvt Ltd Muzaffarnagar in UP.

Note: In the 23rd GST council meeting, it was recommended to reduce the rate from 28% to 18% on primary batteries. Hence, GST India News could not verify the above source of GST Rate of 28% on New batteries.

Later, the director admitted that they were manufacturing lead from these new batteries. Whereas earlier he claimed that only trading of the new batteries was done.

Thus, the investigation showed that it was not economically viable to manufacture lead from destroying and breaking down fresh batteries to pick very small lead from it.

The GST team has later verified that they were actually using bazaar scrap to manufacture such lead. Also, we’re using the ITC of fresh batteries while clearing these new batteries without the issuance of GST invoices.

Further, it is found that the person defrauded the exchequer in excess of ₹ 13.76 crore. The person was therefore arrested on 27.02.2021 under section 69 of the CGST Act, 2017. Thus, the Magistrate sent him to Tihar Jail for 10 days’ Judicial Custody. Also, further investigation is in progress.

18.02.2021: Since the implementation of GST in India, the Central Tax, Delhi Zone has made 25 arrests in various GST evasion cases. Thus, the tax evasion cases are amounting to more than Rs. 3,969.65 crore till now.

In the previous week, CGST Delhi officials arrest 4 people in 3 different cases of input tax credit fraud of Rs 178 crore. The arrests were made in three different cases in terms of Section 69(1) of the CGST Act, 2017.

This is for the commission of offenses under Section 132 (1) of the CGST Act, 2017. The total Input Tax Credit(ITC) involved in these three cases is Rs. 178 crores.

All the accused have been sent to 14 days of judicial custody by the Metropolitan Magistrate.

According to Times of India, the above person was collecting documents by the fraud of various person.  Thereafter he used to open bank accounts for obtaining GST registration.   Similarly, he opened 14 fake companies and generated fake invoices of rs. 651 crores.   The items include metal scrap and stainless steel.

On the basis of fake invoices dealers took input tax credit which never paid to the government by above person.  Read more from the original source of this information.

Alleged GST Evasion amounting to Rs. 12766.85 has come to the light till the month end of November, 2018.  Further, an amount of Rs. 7909.96 Cr. has been recovered during the period April 2018 to November 2018.  The State-Wise details of detection of GST Evasion cases and recovery amounts are as under:

The government has used following measures to check GST evasion:

This was specified by Shri Shiv Pratap Shukla, Minister of State for Finance in a Written Reply to a question in Lok Sabha today.

Amit Upadhyay (40) and Asad Anwar Sayed (42) were sent in judicial custody for 15 days by a local court, a GST official said.

From April 2016 to June 2017, Upadhyay’s businessmen collected Rs 47 crores, but they did not submit the amount to the service tax department.

Moreover, with the help of Saeed, a Computer Solutions Company, with Saeed for tax evasion, he obtained a fake GST facility worth 79.38 crores. 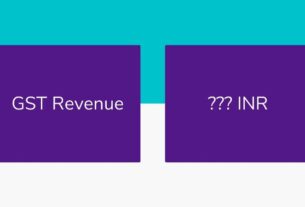